Brew House Association provides creative space and support for people to connect to and expand their relationship with the arts.

Created from the vision and grassroots efforts of local artists who had the desire to collaborate in an inspiring and creative setting, BHA formerly established itself as a 501 c3 in 1993. Almost thirty years later, the Brew House Association is continuing its extensive history of building community and supporting artists.

BHA began hosting the annual Black Sheep Puppet Festival that engaged thousands of participants from the Pittsburgh area. The Festival was a multi-dimensional performance that lasted over two weeks and included children workshops, film screenings, gallery exhibitions, and live performances. Space 101 was a unique space that contributed to the overall creative strength of the neighborhood and region.

BHA offers innovative programming that supported local artists and engaged the community. Collaborations with organizations such as the Homeschools Initiative provided supplemental art education to children. Additionally, the afterschool partnership with the Brashear Association gave residents of Brew House the opportunity to provide instruction to participants in their own studios. All of this innovation took place while BHA managed the building. Managing the large, historical building proved to be a challenge for the small organization.

BHA initiates the first cohort of the Distillery program. The Distillery program still gives emerging artists viable ways to connect with, and contribute to the local arts community by supporting their studio practice and providing career development opportunities. Participants met for studio visits, workshops, peer critiques, and discussions with guest curators, critics, and artists. They culminated with an exhibition in Space 101. Among the first participants were, emerging artists Matt DiClemente, Amy DiPlacido, Marytna Matusiak, Laurel Mitchell, and Jim Rugg. The Distillery program values the artistic process or practice as an experience not just results or outcomes of the practice.

Following a period of renovation through partnership with TREK development, The Brew House Association reopened its doors to feature the exhibition, Homecoming: Artists and Adaptation, in its newly renovated 2,700 sq. ft. gallery and to welcome in the eighth cohort of Distillery Emerging Artists-in-Residence.

BHA launches a new pilot program modeled after Distillery to support the vital role of curators in the arts ecosystem. Prospectus engaged with two curators early in their careers to support their professional development and the production of two exhibitions that without BHA might not have been realized. The inaugural season of Prospectus included back to back shows in early 2019: The Self, Realized: Queering the Art of Self Portraiture, curated by Hannah Turpin and This is Not Romantic, curated by Dana Bishop-Root. 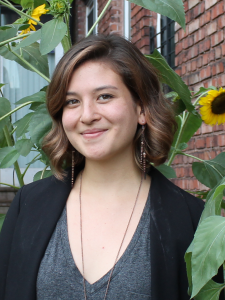 Natalie Sweet has worked with various arts organizations in the Pittsburgh area since locating to the region in 2009. She holds a BA in the History of Art and Architecture from the University of Pittsburgh. In 2012, Sweet was named the Milton Fine Museum Profession Fellow with the Andy Warhol Museum. She then worked as the Exhibition and Program Coordinator at Contemporary Craft from 2013-2018. She began her time at Brew House Association on the Board of Directors and curated the inaugural exhibition in the newly renovated BHA gallery, Homecoming: Artists and Adaptation. 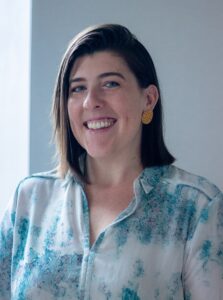 Stephanie Garrison has held positions at various non-profit arts organizations in Pittsburgh, Brooklyn, Orlando, and Dallas since 2007. She holds a BFA in Drawing and Painting and a BA in Art History from Southern Methodist University. After some initial museum internships, Garrison recognized that successful arts administrators must nurture their analytical and business-minded capabilities so she moved to Pittsburgh to enroll in Carnegie Mellon’s Master of Arts Management program, graduating in 2013. Garrison previously worked as the Department Coordinator of Learning & Public Engagement at The Andy Warhol Museum, Managing Director of Radiant Hall Studios, has consulted with the Arts-Finance Cohort on millennial engagement in the arts, and organized a 1-day professional development conference for Carnegie Museums of Pittsburgh. She lives with her partner and cat in Point Breeze. 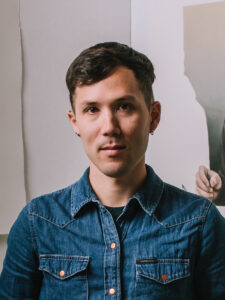 Brent Nakamoto is a multidisciplinary artist and educator with a background in painting and drawing, printmaking, photography, and book arts. He has a BA in Art from UC Santa Barbara and an MFA in Visual Arts from the Sam Fox School of Design & Visual Arts at Washington University in St. Louis. He is an adjunct lecturer at the Community College of Allegheny County, and has also taught at Pittsburgh Center for Arts & Media, and the CMU Pre-College program. He was an artist mentor for the Distillery Emerging Artist Residency in 2021, before joining the Brew House staff.

Visit our opportunities page to find out about ways you can support our work at Brew House Association.